Register
Don't have an account?
Sign In
Shigatsu wa Kimi no Uso Wiki
ALL POSTS
what was Kaoiri's sickness which made her undergo surgery but eventually didn't go well?
(edited by A Fandom user)
0

This is only my opinion, it's kinda my 'theory'.

On early episodes of the series,(idk what episode is that, I forgot it lmao) at first, I thought it was leukemia because she said it when watari, kousei, tsubaki visited her in a hospital she said she's just there for testing because she was kinda 'anemic' so I thought she would take a surgery for a 'bone marrow transplant' (I knew she would die from the start because someone fkin' spoil me before I watched the series th) but as the series goes, she might have a disease called "friedreich's ataxia" because symptoms is match with the disease that kaori is suffering to, so I thought it's either leukemia or F.A

I think that Kaori would have at first Bone marrow failure but it couldn't explain cardiac arrest.But then Friedreich's ataxia!

This video is my explaination 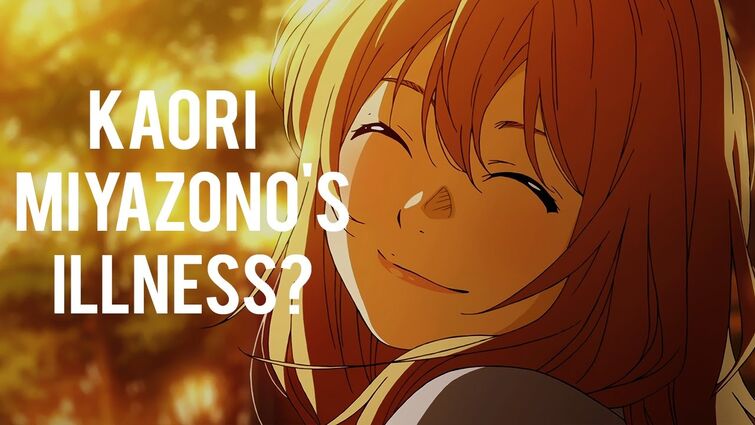 As a physician I think her symptoms are most in line with a cerebellar tumor perhaps a recurrent astrocytoma with metastasis. Brain tumors in children are more common below the tentorium cerebelli and can cause many of her symptoms, and if it was metastatic that could be why she did not immediately qualify for surgery. Also, she may have been receiving salvage chemotherapy with those IV drips, or steroid infusions/hypertonic saline to reduce her intracranial pressure. The surgery was chosen to try and get her short term relief with the knowledge that it wouldn’t be curative. However, a hole in this theory is that they did not show the surgery involving her head (or anywhere in that matter). Perhaps this was just a creative decision?

Also, I think she had a seizure, went into respiratory arrest then had a short cardiac arrest. This is in line with an intracranial malignancy.

To people who answered Friedreich’s ataxia, that is correct. However, others think or ask " but Friedreich's ataxia isn't that fatal, " well that is right, it is not that fatal but the cause of her death is the error of the surgeons, meaning they failed the surgery. I'm not blaming them though, because I know it is pretty hard and really pressuring to perform a surgery because once you fail you can't see any undo button for you to use. I also think that, Kaori had a cardiac arrest in the operation and this is just my theory/ conclusion. All of this is my opinion, I'm not that sure about it. - Thanks.

I'm putting my card in and suggesting motor neurone disease. It wasn't that she had a lack of coordination, it's that she completely lost the ability to walk or function her legs properly at all. Fredreich's Ataxia is possible though, and I'm not suggesting much otherwise, just another suggestion for what it might have been.

At first I thought Kaori had Amyotrophic Lateral Scelerosis, which at first perfectly fit her symptoms, such as paralysis in the legs&arms, but doesn't explain her cardiac arrest, as ALS doesn't cause heart problems. So I dug a little deeper and found- Fredrich's Ataxia, of FA. Kaori's sickness was Freidrich's Ataxia. We're shown Kaori developing major symptoms throughout the series, like her passing out after the first (and last) performance, the insane amount of medication she has to take, and the hand rail in her house which suggests she collapses easily. She also happens to pass out easily, and after a rather bad one in her 7th grade when she wakes up in the hospital, she says "I see, so I passed out again..." This all connects to Freidrich's Ataxia, which is a genetic disorder children particularly between the age of 5-15, putting Kaori in the range and causes damage progressively throughout childhood. She insists she has always been anemic, which is possible and even likely, it explains her pale skin, it can be treated and cannot be what killed her as it does not explain her cardiac arrest later on in the series. In one scene, it shows her walking in the hospital hallway when she collapses and starts developing paralysis in her legs, which spreads to her arms, as you can see when she drops her violin bow and is unable to grip the drink Kousei handed her tightly enough. Her biggest death alert is earlier in the series, when Kousei walks away and she whispers "You know, I'm not always going to be around to help you..." She eventually is only to be seen in the hospital, and eventually the doctor says the surgery is very risky, and even if it was successful it would only buy her a little more time. The next day when Kousei and Watari are about to visit Kaori, she happens to be in cardiac arrest and is put into the ICU unit. This connects to FA, as people with the disorder are likely to develop heart disease or breath problems. There is no known cure, and most with it die in adulthood if there is significant heart problems. So- there you have it. And also FYI, it's pronounced Fray-drick's A-tox-ia.

Probably friedrich's ataxia, and she probably died of a cardiac arrest as a compilation of it.

What do you think?